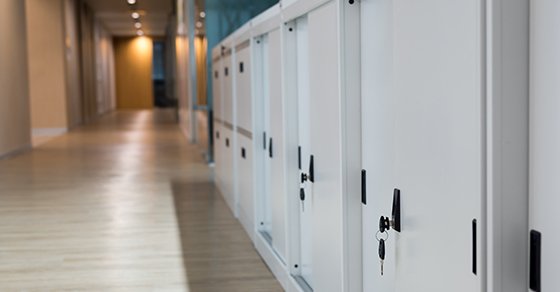 After business insurance policies expire, many companies just throw away the paper copies and delete the digital files. However, you may need to produce evidence of certain kinds of insurance even after expiration of the coverage period! For this reason, it’s best to take a long-term approach to certain types of policies.

Generally, the types of business insurance policies in question are called “occurrence-based.” They include:

You should retain documentation of occurrence-based policies permanently (or as long as your business is operating). A good example of why is in cases of embezzlement. Coverage on this type of employee fraud is possible under a commercial crime and theft policy. However, sometimes there isn’t coverage on embezzlement until years after the crime has taken place.

For instance, suppose that, during an audit, you discover that an employee was embezzling funds four years ago. But the policy that covered this type of theft has since expired. To receive an insurance payout, you’d need to produce the policy documents to prove that coverage was in effect during occurrence of the crime.

Retaining insurance documentation long-term isn’t necessary for every type of policy. Under “claims-made” insurance, claims can be made against the insured business only during the policy period and during a “tail period” following the policy’s expiration. Examples of claim-made insurance include directors liability, officers liability and professional liability. A  retention period that is common for claims-made policies is about six years after the tail period expires.

Along with permanently retaining proof of occurrence-based policies, it’s a good idea to at least consider employment practices liability insurance (EPLI). These policies protect businesses from employee claims of legal rights violations at the hands of their employers. Most EPLI policies include coverage for sexual harassment. Such claims can arise years after the alleged crime occurred.

As is the case with occurrence-based coverage, if an employee complaint of sexual harassment arises after an EPLI policy has expired — but the alleged incident occurred while coverage was in effect — you may have to produce proof of coverage to receive a payout. So, you should retain EPLI documentation permanently as well.

You can’t necessarily rely on your insurer to retain expired policies or readily locate them. It’s better to be safe than sorry by keeping some insurance policies in either paper or digital format for the long term. This is the best way to ensure that you’ll receive insurance payouts for events that happened while coverage was still in effect. Our accounting firm can help you assess the proper retention periods of your insurance policies, as well as whether they’re providing optimal value for your company.