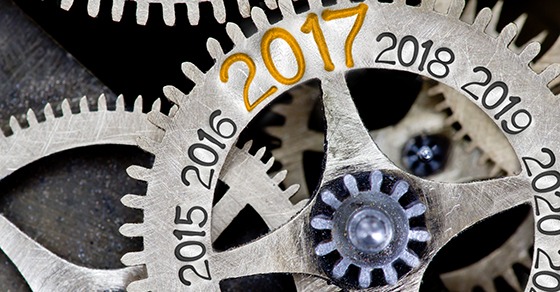 Two valuable depreciation-related tax breaks can potentially reduce your business taxes for 2017 if you acquire and place in service qualifying assets by the end of the tax year. Tax reform could enhance these breaks, so you’ll want to keep an eye on legislative developments as you plan on buying business assets.

Sec. 179 expensing allows businesses to deduct up to 100% of the cost of qualifying assets (new or used) in Year 1 instead of depreciating the cost over a number of years. Sec. 179 can be used for fixed assets, such as equipment, software and real property improvements.

The Sec. 179 expensing limit for 2017 is $510,000. The break begins to phase out dollar-for-dollar for 2017 when total asset acquisitions for the tax year exceed $2.03 million. Under current law, both limits are indexed for inflation annually.

Under the initial version of the House bill, the limit on Section 179 expensing would rise to $5 million, with the phaseout threshold increasing to $20 million. These higher amounts would be adjusted for inflation, and the definition of qualifying assets would be expanded slightly. The higher limits for buying business assets will generally apply for 2018 through 2022.

For qualified new assets (including software) that your business places in service in 2017, you can claim 50% first-year bonus depreciation. Examples of buying business assets that are qualifying include computer systems, software, machinery, equipment, office furniture, and qualified improvement property. Currently, bonus depreciation is scheduled to drop to 40% for 2018 and 30% for 2019 and then disappear for 2020.

The initial House bill would boost bonus depreciation to 100% for qualifying assets (which would be expanded to include certain used assets) acquired and placed in service after September 27, 2017, and before January 1, 2023 (with an additional year for certain property with a longer production period).

The initial Senate bill would allow 100% bonus depreciation for qualifying assets acquired and placed in service during the same period as under the House bill. However, there would be some differences in which assets would qualify.

If you’ve been thinking about buying business assets, consider doing it before year-end to reduce your 2017 tax bill. If, however, you could save more taxes under tax reform legislation, for now, you might want to limit your asset investments to the maximum 179 expense election currently available to you. From there, you can then consider additional investments depending on what happens with tax reform. It’s still uncertain what the final legislation will contain. We also do not know yet if the passing and signing into law this year will be successful. Contact us to discuss the best strategy for your particular situation.